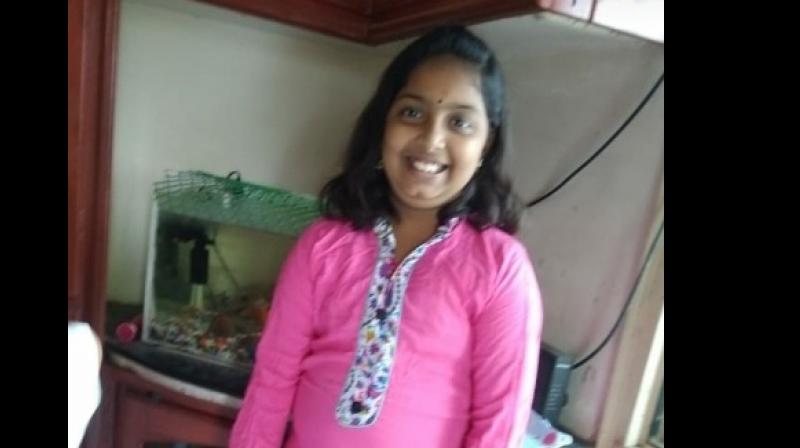 Hyderabad: Encroachments on a nala that have gone unchecked for years in Neredment resulted in the death of a 12-year-old girl on Thursday evening.
Sumedha, the victim, when on a joyride on her bicycle near her house, fell into the nala that was flooded with rainwater and was washed away.

Her body was found on Friday in Banda Cheruvu, into which the nala that runs through the residential area, empties.

It is suspected that Sumedha could not make out where the road ended as the street was flooded and fell into the nala. The bicycle was found stuck inside the nala and was removed by the GHMC staff. The fast-moving water in the nala swept the girl for nearly 2 km into the Banda Cheruvu.

When Sumedha did not return till 9 pm on Thursday, her family began to get worried. Her parents, Abhijit Kapuria and Sukanya Kapuria, approached the Neredmet police and lodged a complaint that their daughter was missing.

In the complaint, Sukanya said her daughter was playing with her cycle outside the house. When she did not return home, Sukanya said, she enquired with the other children and found that Sumedha had ridden her bicycle till the end of the lane they lived in.

Sukanya told the police that she and her family searched for Sumedha at all possible places and her school at Kakatiyanagar but did not find her.

A police official said on Friday that during their search for the girl, they found a bicycle near an open drain that was not too far from Sumedha’s house.

It appears that she may have fallen into the drain and was washed away. As soon as the bicycle was discovered, the police, along with GHMC and rescue teams, began searching in the nala for the girl.

According to Malkajgiri DCP Rakshitha K. Murthy, the police combed through CCTV footage to track Sumedha.

“We saw that she had gone till the end of her colony lane. On Friday morning we found the cycle near the drain and suspected that she might have fallen into it.  Her body was found in the Banda Cheruvu. We were assisted with officials fr-om GHMC and NDRF in our operations,” she said.

The girl’s body has since been sent to Osmania General Hospital for a post-mortem examination and a case will be registered soon, the police said.

He said the flooding of the drain was a result of encroachments in the area that have come up over the past 30 years. This resulted in the rain water coming on the road that could have made the nala invisible for a person on the road. Removal of the encroachments might not be possible as people were living in the houses that encroached on to the nala, the MLA said. He promised that ‘box drains’ would be constructed to prevent any more such incidents from taking place.