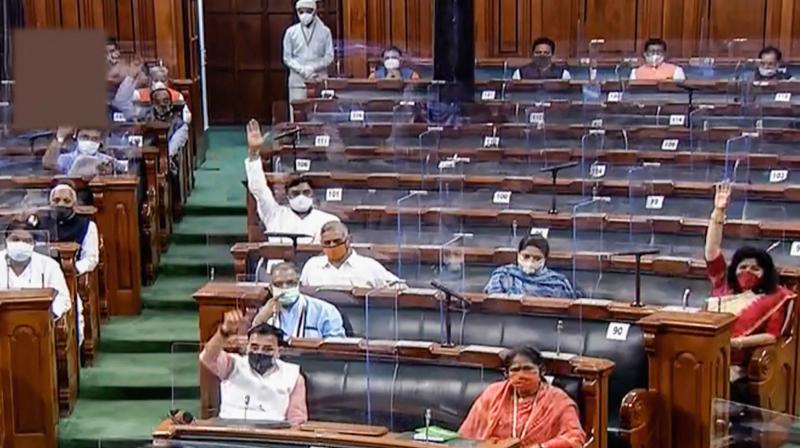 New Delhi: Members of opposition parties like the Congress, DMK and the TMC on Saturday opposed in Lok Sabha the setting up of the PM CARES Fund, alleging that it lacked transparency.

They were participating in a debate on the bill for giving effect to various compliance relief measures for taxpayers, including extending time limits for filing returns, in the wake of the coronavirus crisis and tax benefits for donations to PM CARES Fund.

“I can’t understand the logic to have a separate fund. What is the difference between the Prime Minister’s National Relief Fund and the PM CARES Fund,” said N K Premachandran (RSP), who initiated the debate on The Taxation and Other Laws (Relaxation and Amendment of Certain Provisions) Bill, 2020.

“Eight different Acts are being modified means substantial changes took place in eight Acts and one of the major Acts is the Income Tax Act of 1961,” he said.

He alleged the PM CARES Fund “lacks transparency as it is not audited by Comptroller and Auditor General (CAG)”.

“The question of transparency and accountability is the main issue I want to highlight,” he said.

He wondered if a chief minister of any state can say that he will not disclose the spending under the Chief Minister’s Relief Fund.

But PM CARES Fund is outside the ambit of Parliament and CAG, he said.

“What was the need of a private trust with the Council of Ministers as trustee indicating a conflict of interest,” Tagore said.

He alleged that just like demonetisation, the Modi government is providing another opportunity “to convert blackmoney into white”.

Without naming anyone, he said “AA battery” is running the Modi government which is why “most of the government contracts are going to some particular companies”.

Considering the trying times, Sigamani said, the government should consider reducing tax rather than cutting TDS.

Mahua Moitra (TMC) too opposed the Bill. She said the PM CARES Fund is against public interest as it is not answerable to Parliament even though it collects funds from the public.

She said that 38 public sector companies contributed Rs 2,100 crore to the Fund.

This is 70 per cent of the total corpus, she said, adding it should therefore be answerable to Parliament.

She also alleged that the Fund got money from Chinese firms like Tik tok banned by India and wondered why the government did not return the donations from such companies.

Moitra questioned the need to institute a new fund (PM Cares Fund) when one already exists?

“Prime Ministers will come and go, but the existence of a fund is not up for discussion? What is this need to name everything after one individual.

“First, you are raising a fund on the basis of a public office. By saying it is not open toI, you are running away from transparency,” Moitra said.

The Bill amends the provisions of the Income Tax Act to provide the same tax treatment to PM-CARES Fund as available to the Prime Minister’s National Relief Fund.

Shriniwas Patil (NCP) also said there should be more transparency in the PM Cares Fund.

Arvind Sawant (Shiv Sena) said the way tax relief has been given to those who donate money to the PM CARES Fund, similar relief should be extended to the fund created by the Maharashtra government.