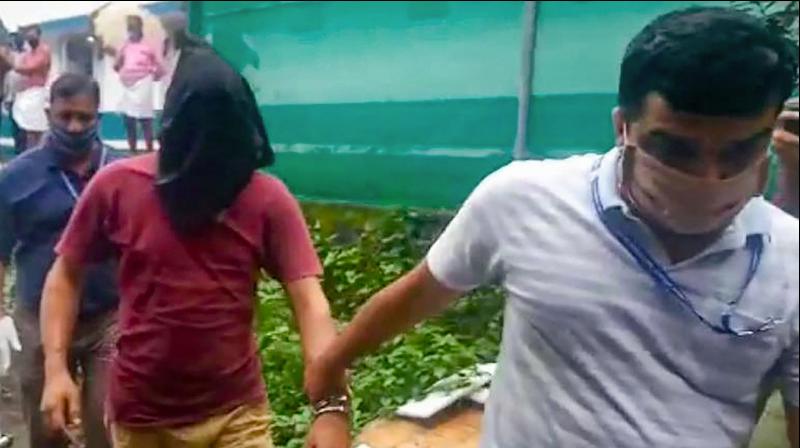 The arrest of three Al Qaeda operatives in Ernakulam district of Kerala has set alarm bells ringing for the state intelligence and police.

In a pre-dawn operation the National Investigation Agency (NIA) nabbed Murshid Hassan, Iyakub Biswas and Mosaraf Hossen, all hailing from West Bengal.  What has alarmed the state police is their presence among the guest workers in Perambavoor which has the highest concentration of migrant workers in Kerala.

The Al Qaeda operators were staying in Perumbavoor town and Kalamassery in Ernakulam district. While Murshid Hasan was arrested from a labour camp at Pathalam near Kalamassery where he was staying along  with five others, while Iyakub Biswas and Mosaraf Hossen were arrested from Perumbavoor.

Murshid Hassan had taken a house on rent from one Nasser about two months ago and started living there. Though the NIA had reportedly alerted the state police on a possible action just in case local force was warranted at any stage, the central agency did not specify about the case that it was following up . The local police was informed only after the arrest of the three operatives.

Mursihid was taken into custody at around 2 am. Parallel raids were carried out in Perambavoor to arrest Iyakub and Mosaraf.  According to locals, Mosaraf was working in a textile shop in Perambavoor and was living there with his family for the past seven-eight years. Iyakub Biswas had arrived in Perambavoor about two months ago and was working at a tea stall.

Laptop, mobile phone, pamphlets were recovered from their possession. NIA questioned many people living in the labour camp from where the Al-Qaeda operatives were held to get more information about the three.

Since the case pertains to Delhi NIA,  after completion of arrest formalities,  the accused would be handed over to the Delhi unit of NIA.

CM reaction: When asked about the arrest of Al – Qaeda operatives in Ernakulam at the daily press conference, chief minister Mr Pinarayi Vijayan said it was natural for the security agencies to carry out such operations and arrest people who indulge in terror activities. “Such actions take place after exchange of a lot of information and inputs between different agencies.  Everything may not be known to me at this stage. Perhaps at a later stage I will be in a position to say something,” the chief minister said while explaining the confidential nature of such operations.

However, soon after the arrest of the Al-Qaeda operatives, the opposition parties targeted the state government. “The state intelligence set up was not aware of the presence of Al-Qaeda operatives and it is a grave lapse. The home department is a big failure since the incident reflects the complete failure of law and order in the state. Under CPM rule , Kerala has turned into a fertile ground for the terror operatives,” Kerala PCC chief  Mr Mullapally Ramachandran told media persons.

The BJP state unit said that the arrests in Ernakulam have vindicated its allegation that Kerala has turned into a safe hide out for Al-Qaeda operatives. “The successive governments of CPM and Congress led fronts in Kerala had adopted a soft stand towards the hardline organizations. The anti terror squad of the Kerala police is defunct,” alleged BJP state president K Surendran in Thiruvananthapuram.

Meanwhile, the state intelligence agencies have increased surveillance in the state especially in areas with high concentration of guest workers.