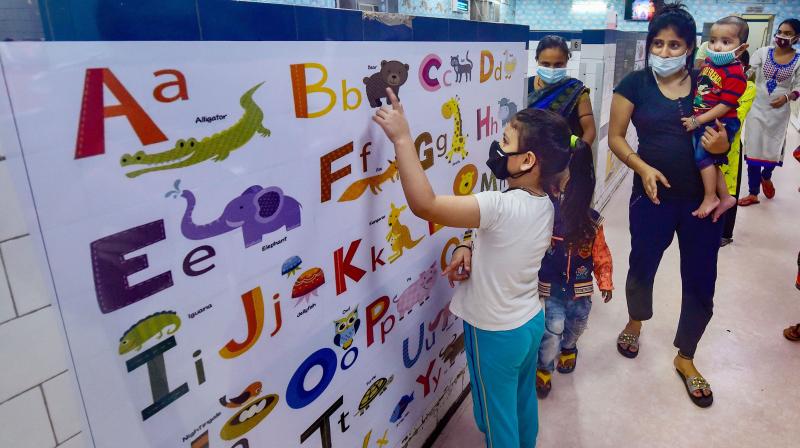 As overall cases of novel coronavirus crossed 54 lakh in India with 92, 605 fresh cases in last 24 hours, Minister of State for Health Mr Ashwini Kumar Choubey told Rajya Sabha on Sunday that the overall number of cases and deaths per million population due to COVID-19 in the country is much lower compared to similarly affected countries. On Sunday, 1133 fresh deaths were recorded taking overall fatalities to 86, 752.

Mr Choubey said trying to develop herd immunity against COVID-19 in the absence of established pharmaceutical interventions may have disastrous consequences in terms of morbidity and mortality. In a written reply in Rajya Sabha, he said in the initial phase of the COVID-19 pandemic, countries that thought of developing herd immunity through a natural process of allowing the disease transmission had very high morbidity and mortality and therefore, “had to abandon the strategy”. The minister was responding to a question on whether state governments are following herd immunity measures to fight the COVID-19 pandemic in the country.

The Union Health Minister Dr Harsh Vardhan said “no significant or drastic mutations” have been found in strains of SARS-CoV-2 in India till now and added that ICMR has been conducting large-scale sequencing of nationally representative strains of SARS-CoV-2 virus collected over the past several months over different time-points and detailed results on mutations and evolution of the virus will be available in early October. He added that ICMR is actively exploring saliva-based test for COVID-19.

While trying to allay concerns over the Oxford Astra Zeneca Vaccine candidate, Dr Harsh Vardhan said that vaccine development is a complex process and that trials have restarted only after an independent investigative expert committee gave the permission to proceed. He also noted that it would take substantive time for herd immunity to develop so as to be able to cover about 70% of the population.  “Hence, the focus of the Government of India is primarily towards putting together a strategy that combines containment and hospital management,” he said.

Meanwhile, India for the first time more than 12 lakh COVID19 tests were conducted in a single day. “Higher testing leads to early identification of positive cases, and timely and effective treatment. This eventually leads to a lower mortality rate. As evidence has revealed, higher numbers of testing also subsequently result in lowered positivity rate. The sharp decline in daily positivity rate has demonstrated that the rate of spread of infection is being contained,” health ministry officials said adding India’s daily testing numbers are one of the highest in the world.