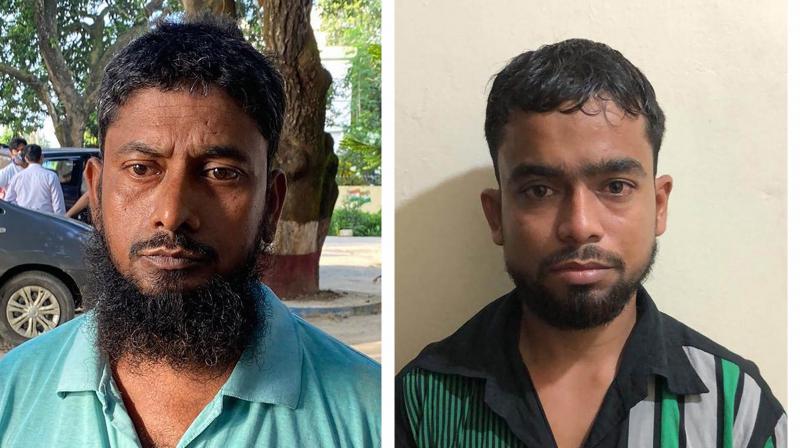 A day after arresting the nine Al-Qaeda members from West Bengal and Kerala for their alleged terror plot nationwide, the National Investigation Agency (NIA) has zeroed in on their  connection with an Indian affiliate of the global terror group after detecting their contacts and communication through  social networking platforms.

Scanning the cellphones of the nine accused, the NIA found that they were members of a WhatsApp group, titled Ghazwat-ul-Hind, which had around 22 members altogether, official sources told this newspaper. Surprisingly, all the conversations were deleted before September 19, sources added.

Ghazwat-ul-Hind is an Indian affiliate of terror group: Al-Qaeda and it has been found by the central intelligence agencies active in Jammu and Kashmir in the past two-three years, a senior NIA officer disclosed on anonymity.

The central agency also blew the lid of the terror module’s another internet communication channel: Dark Web which were used by two of the accused: Murshid Hasan and Mosharaf Hossen to maintain contacts with their handlers in Pakistan, sources added.

Meanwhile the NIA has unearthed a long tunnel during a search at the residence of Abu Sufiyan, one of the accused, in Murshidabad of West Bengal. The concrete tunnel was found at backyard of his home at Kalinagar village in Rainagar of the district from where he was caught early Saturday during a raid.

The NIA suspects that the tunnel was built to stockpile arms, ammunition and explosives. It has also learnt that the 44-year-old tailor, who also used to work as a lathe machine operator for extra income, planned to escape after anticipating his arrest. He had called up some of his aides for help in the days leading to September 19, according to sources.

The NIA, which is interrogating the six arrested from the state at its office in Salt Lake, is now trying to trace the calls from his cellphone which was seized. In a startling revelation, another accused: Najmus Sakib spoke about his contacts with some people in Jammu and Kashmir to the investigators, sources claimed adding that why and how he developed contacts in the valley is under the probe.

The 20-year-old is a second-year student of computer science at Basantapur Engineering College in Domkol. The NIA is planning to take the nine accused, in its custody on a transit remand till September 24, to New Delhi for their further interrogation.