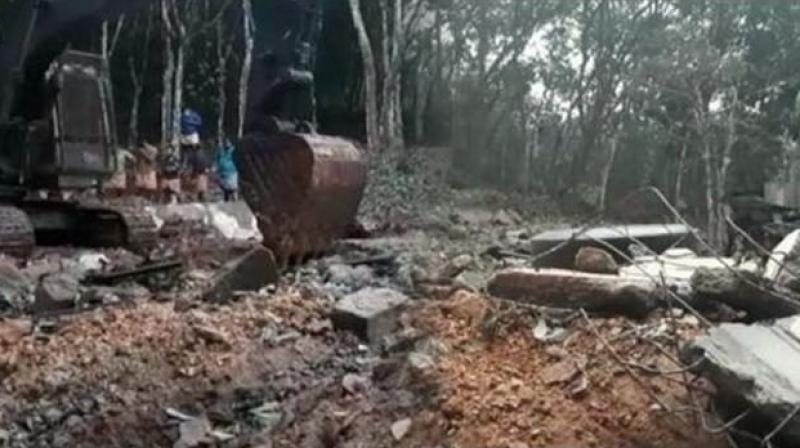 Two guest workers have been killed in a blast at a quarry in Malayattoor in Ernakulam district of Kerala. The blast occurred in the wee hours of Monday killing Periyannan, a native of Salem, Tamil Nadu and Dhanapalan from Karnataka.

According to reports, the explosives were stored in a building near the quarry which completely went off in the blast. The two labourers were staying in the building. Their dead bodies have been recovered and shifted to a private hospital in Angamaly. Reason for the blast is yet to be identified and the police have launched an investigation into the incident.

“A detailed probe has to be conducted to find out how the quarry operator was allowed to store big quantity of explosives near the quarry site. According to the RTI query submitted to the chief forest conservator, Illickathodu, the area where the explosion occurred is a forest land and the granite quarry was operating illegally. It has been functioning by flouting all norms with the support of some local influential lobbies,” alleged environmental activist C.R Neelakandhan.