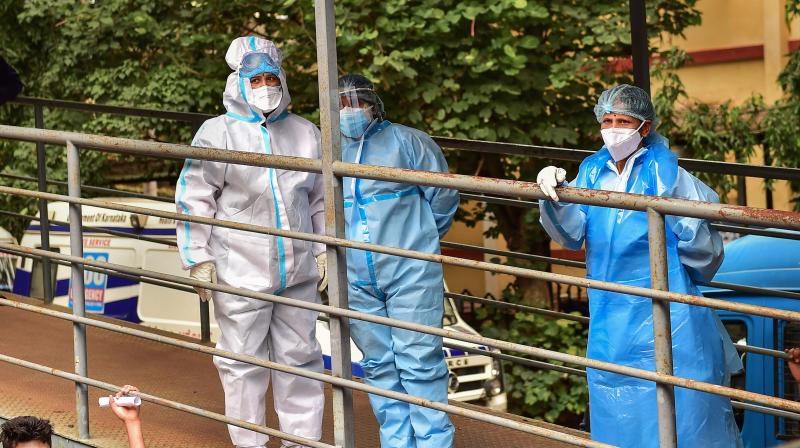 Congress in Karnataka has come down heavily on the State government over spending on combating COVID-19 pandemic and urged the government to moot a judicial inquiry into irregularities that has taken place during the last six months.

Raking up the issue in the Legislative Assembly on Tuesday, KPCC President D K Shivakumar said that even the packages announced by the government for the poor during lockdown had not reached even 10-20% of the beneficiaries.

“The opposition has cooperated with the government throughout its fight against COVID-19. However, the government has treated farmers, poor and laborers in an inhuman way. The Prime Minister gave four hours notice before locking down the country, but gave four hours for lighting lamps and ringing bells. But, we can not be mute spectators for all the irregularities,” he said.

During lockdown, organisations like Akshaya Patre and Infosys gave food kits. However, people like MLA Aravind Limbavali and the BJP party itself printed their photos on the kits before distributing them. Even on nutrition kits distributed for pregnants and children, which were distributed by the government, BJP symbols were printed, he charged.

The Chief Minister had promised a Rs 1610 crore package for giving monetary assistance for poor, farmers, barbers, drivers and so on.
However, not more than 10-20 per cent of the beneficiaries got the money. The government also said that it had provided markets for the farmers who grew flowers, vegetables and fruits. However, there are no records of the government purchasing any of them, he said.
When Congress tried talking about these issues, Medical Education Minister Dr Sudhakar threatened to expose corruption during Congress ruling.

“Let him expose or even tear apart all the Congress, if any lapses are there. Even if there are irregularities committed by Siddaramaiah, myself or even H K Patil, initiate action. However, people will not forget this government’s handling of COVID-19 pandemic. Besides, BJP General Secretary spoke of issuing notice for raking up illegal hoarding and transportation of PDS ration. Let the Chief Secretary issue a notice and we will face it,” he added.