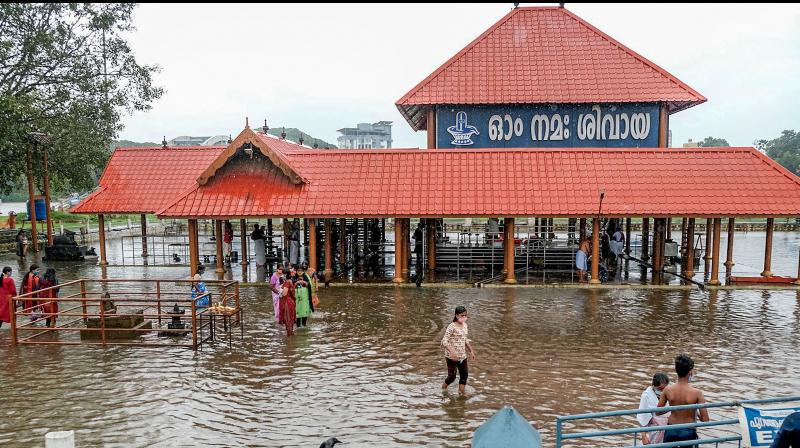 The orange alert has been sounded for Kottayam, Ernakulam, Idukki, Thrissur, Palakkad, Malappuram, Kozhikode, Wayanad , Kannur and Kasargod. With the state also getting heavy rainfall in catchment areas, the shutters of several dams have been opened resulting in water level rising in some rivers including Periyar.

Authorities have sounded alert in Idukki district which is prone to landslides, in the wake of heavy rains.

A yellow alert has been sounded in Alappuzha , Pathanamthitta , and Kollam districts. The met department forecast says rains will continue till Tuesday. A low pressure had formed over the northeast Bay of Bengal and the neighboring places on Sunday. This had led to widespread rainfall in many districts of Kerala over the last 24 hours.

According to IMD, Hosdurg in Kasargod received 9 cm rainfall while Vythiri in Wayanad district got 9.4 cm. Munnar and Peerumedu in Idukki district and Nedumangad in Thiruvananthapuram received 7 cm rainfall respectively.

Fishermen have been warned against venturing into the sea as winds with a speed of 45-55 km are likely to occur off Kerala , Karnataka and Lakshadweep coast over the next 24 hours.