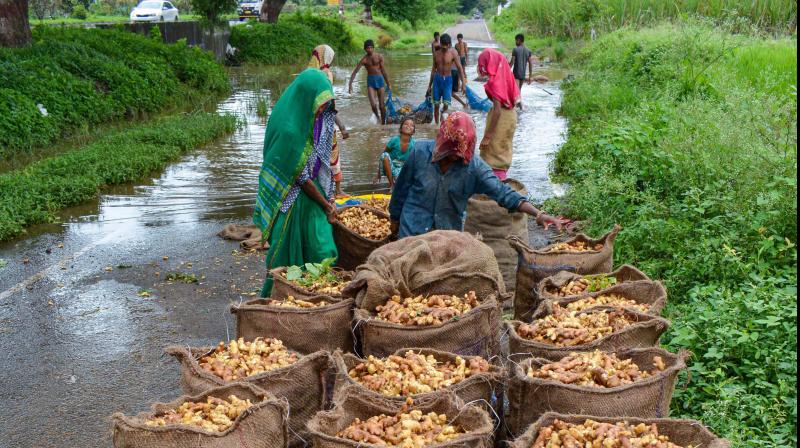 Kochi: The Kerala government will move the Supreme Court against the Farm Bills passed by the Parliament. A decision in this regard has been taken by the cabinet meeting held on Wednesday. The state government has sought legal advice on approaching the apex court against the agriculture bills, according to regional media reports.

Meanwhile, protest is mounting in Kerala against the agriculture bills. Various farmers’ bodies have launched series of protests and announced support to the nationwide agitation called on September 25.

Two Left MPS from the state Elamaram Kareem and K. K Ragesh, along with six other members, were suspended for one week from the Rajya Sabha following the noisy scenes over passage of the controversial bills.

Earlier, state agriculture minister V.S Sunil Kumar had remarked that the farm bills will be a big blow for consumerist states like Kerala. “The Modi government is tormenting the farmers. Thousands of farmers across the country are in poverty and many of them were forced to commit suicide on account of the Centre’s export policies. Now, the Modi government has come up with the next phase of reforms which is aimed at serving the interests of big corporate,” the minister said.

Of the three contentious bills, the Rajya Sabha has passed the Farmers Produce Trade and Commerce (Promotion and Facilitation) Bill 2020 and the Farmers (Empowerment and Protection) Agreement on Price Assurance and Farm Services Bill 2020 on Sunday which will soon become laws.