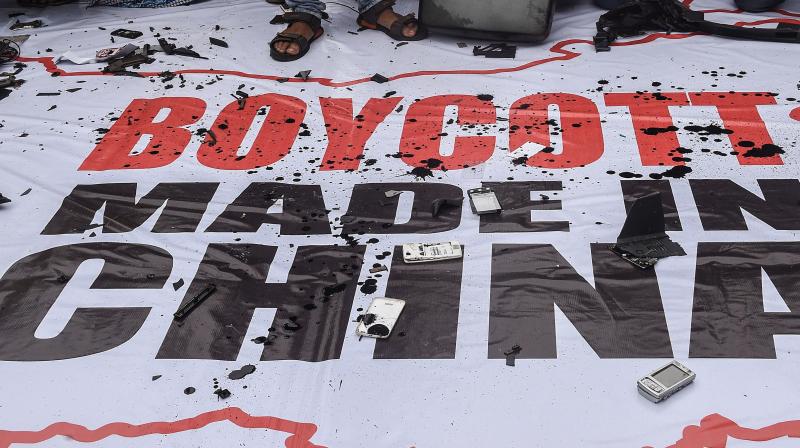 Despite the drop in demand post lockdown and the general resentment towards Chinese products after Ladakh incursion, China increased its share in imports into India. Imports from the dragon country came down only by 29 per cent between April and August this year compared to 48 per cent decline in overall imports.

During the lockdown months of April and May and even during the initial months of unlock, imports in general and especially those from China faced several issues. During these months, the shipments of many items got stuck at the ports, consumption was curbed and logistics remained unresolved.

Further, Chinese incursion in Ladakh evoked strong resentment among Indian consumers and calls to ban Chinese imports had become loud. Small and medium traders under Swadeshi Jagran Manch and the Confederation of All India Traders had given open calls to boycott Chinese products. This was followed by increased scrutiny of Chinese products at ports and consequent delays.

The government also wanted to cut Chinese imports wherever possible and promote indigenous production. Certain curbs in the form increased import duties were also brought in for select items.

Despite all these, China’s share in India’s total imports has gone up to 19 per cent between April and July FY21, up from 14 per cent in the year-ago period.

Among the top 50 commodity groups, import of agro chemicals increased from $321 million to $377 million, medical and scientific instruments grew from $200 million to $205 million, other miscellaneous chemicals from $212 million to $240 million, handicrafts from $156 million to $168 million and petroleum products from $60 million to $68 million.

Between April and August, imports were down by 27 per cent, while exports to China were up 27 per cent. Iron and steel, copper and articles, ores, slag and ash and plastics and articles are some of the items which have seen significant growth in the export basket to China.