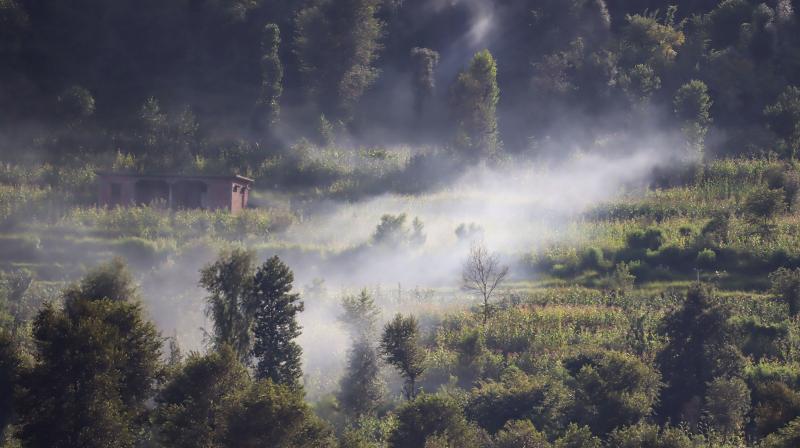 The Indian Army officials in frontier Poonch town had earlier said that the Pakistan Army violated the November 2003 ceasefire understanding by resorting to heavy firing and mortar shelling in forward areas along LoC in three sectors of Poonch. They said that “unprovoked” firing and shelling from across the de facto border started at around 9 am and continued till reports last came in.

A defence spokesman in J&K’s winter capital Jammu while confirming it said, “At about 9 am today, Pakistan Army initiated unprovoked ceasefire violation by firing with small arms and intense shelling with mortars along LoC in Kerni, Qasba and Shahpur sectors.” He added that the Indian Army retaliated “befittingly”.

It was not immediately known if there were any casualties or damage on the Indian side.

According to the Indian authorities, the Pakistan Army has violated ceasefire along the LoC as many as 37 times, so far, this month alone. They said that last week an Army jawan was killed and two others, including an officer, were injured in Pakistani firing in LoC’s Sunderbani sector of Rajouri district. Earlier on September 2, a Junior Commissioned Officer (JCO) was killed in a similar incident in Keri sector of the same district.

In Islamabad, Pakistan’s Inter-Services Public Relations (ISPR) in a statement said that two Pakistani Army soldiers Sepoys Noor-ul-Hassan (29) and Waseem Ali (25) were killed in “intense exchange of fire between the facing troops following “unprovoked ceasefire violation” by the Indian Army along the LoC in Dewa sector. It added, “Pakistan Army responded and targeted the (Indian) posts which initiated the fire. There are reports of substantial damage to Indian post(s) and men and material.”

The ISPR alleged that there have been as many as 2,333 ceasefire violations by Indian troops in 2020.