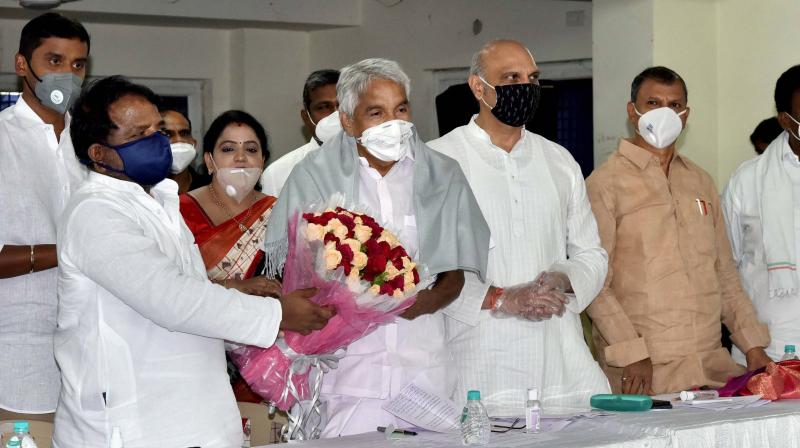 Former Chief Minister of Kerala and AICC in charge for AP Congress affairs Oommen Chandy on Wednesday charged the BJP government at the Centre betraying the Andhra Pradesh in its 6 years of rule without implementing a single promise that were made during the bifurcation of the United AP.

He was addressing a press conference here in Hyderabad after a meeting with the AP Pradesh Congress Committee president S Sailajanath and other senior leaders of the party.

Reminding that the UPA government had assured special status to Andhra Pradesh, the successive governments should not forget the promises made by their predecessors and they have an obligation to honour the assurances.

Stating that during the meeting they have discussed national politics, farmers issues and also the situation of the party in Andhra Pradesh, he alleged that the BJP government has failed in resolving the farmers’ problems.

Stating that they will strengthen the Congress in Andhra from the booth level, he announced that the party will constitute booth level committees in AP very soon.